The End of Adblock? How Chrome’s Changes Affect Your Digital Strategy

“Ads – HUH! What are they good for? Absolutely nothing’!”

Okay, so not exactly “nothing” – if your digital strategy leans heavily on web advertising, it can be a powerful source of leads.

For run-of-the-mill web browsing however, we’ll concede they don’t really bring much to the table!

Let’s face it, nobody really likes ads. At best, they’re something we groan and put up with – at worst however, they’re actively annoying, and can ruin our TV-watching or web-browsing experience.

So it’s no surprise that many, many web users have resorted to ad blockers to avoid ads. Even web browsers themselves are getting in on the action, with Mozilla and Chrome offering in-built ad blockers to fight back against the worst ads on the web.

According to research conducted by IAB Australia, around a quarter of Australian web-users employ ad blocking extensions.

However, there’s a change on the horizon.

Recently, Google announced changes that many have predicted will gut ad blockers.

And more importantly, how is this going to impact your digital strategy?

Before we explain this change, we need to talk about browser extensions, and what they do.

Essentially, think of browser extensions as little extra accessories for your web browser you can use to:

It’s that last one in particular that we’re concerned with today.

The way this works is simple. When you visit a website, the site sends requests to your browser.

These requests relate to all the content on the website including images, text and yes, ads. Essentially, this is the website asking your browser “hey, we’re going to send you an image, are you cool with that?”

What ad blockers do is deny requests from sites to display ads.

Specifically, they use Chrome’s webRequest API to do so. This is a series of functions and procedures that can be used to monitor and regulate web traffic.

In addition to blocking ads, extensions can also block other types of content. For example, during the last couple of months, this writer used Video Blocker to hide YouTube spoilers for both Game of Thrones and Avengers.

What does Google have cooking?

First announced in January, Manifest V3 is a proposal to change how browser extensions work. Specifically, it removes the ability to block requests using webRequest API.

Essentially, this change would revamp the way permissions are handled. Long story short, third-party extensions and add-ons would no longer have the power to deny requests before they’re loaded, with full permissions restricted exclusively to Enterprise users.

Google insists that this change wasn’t made with the intent of neutering ad blockers. However, with the vast majority of Google’s revenue coming from advertising, it isn’t hard to connect the dots!

At this stage, it’s still a little bit murky how exactly the change will play out. It might result in ads playing, regardless of ad blockers.

Or, it could display the ads initially, but leave the ability to “delete” an ad afterwards untouched.

Alternatively, it could retain the ability to block ads from appearing, while still allowing them to implant tracking cookies (yes, some ads do that!)

What can you do?

Despite backlash, Google has made no sign that it intends to back down. Frankly, we aren’t surprised – over the years, we’ve noticed that when Google ways it’s going to do something, it does it, consequences be damned.

So from a user standpoint, there’s not much you can really do to continue experiencing ad-free browsing short of switching to another browser altogether!

For example, Opera has gone on the record to say that it will continue to support ad blockers, while Firefox has even expanded its in-built ad-blocker.

The big question: what does this all mean for your digital strategy?

The possibility that your ad blocker may soon cease to function is annoying at best, and terrifying at worst.

But from a purely business standpoint, this is nothing but good news!

Your ads will have greater reach

It should go without saying that adblock damages your ability to advertise online – after all, if your ads aren’t being seen, they aren’t bringing in leads!

With ad blockers potentially facing the end (on Chrome, at least) you can look forward to your ads generating more impressions and experiencing greater reach.

If you lean heavily on online advertising, this change promises to make your advertising much more effective. Especially since Chrome accounts for the vast majority of web-users!

Sure, some people might decide to switch browsers – however, people are lazy. We don’t think this will make a significant dent in Chrome’s user base.

Not to mention, while a quarter of Aussies use ad blockers on desktop, when it comes to mobile, that number is a paltry six percent.

As such, businesses that get most of their leads through mobile are unlikely to see a dramatic change in how their ads perform.

Not to mention, Facebook and other social media channels aren’t going to be affected at all, as they actively take measures to fool ad blockers.

Data and analytics power any digital strategy. Unlike other types of marketing and advertising, digital has accurate analytics and stats to back them up.

Without the right analytics, you won’t be able to properly measure and evaluate your digital strategy.

The issue is that ad blockers mess with these analytics.

With these changes, you may see more accurate analytics going forward, which can help make better decisions regarding your digital strategy Melbourne.

Not to mention, it helps us provide you with better advice and direction! 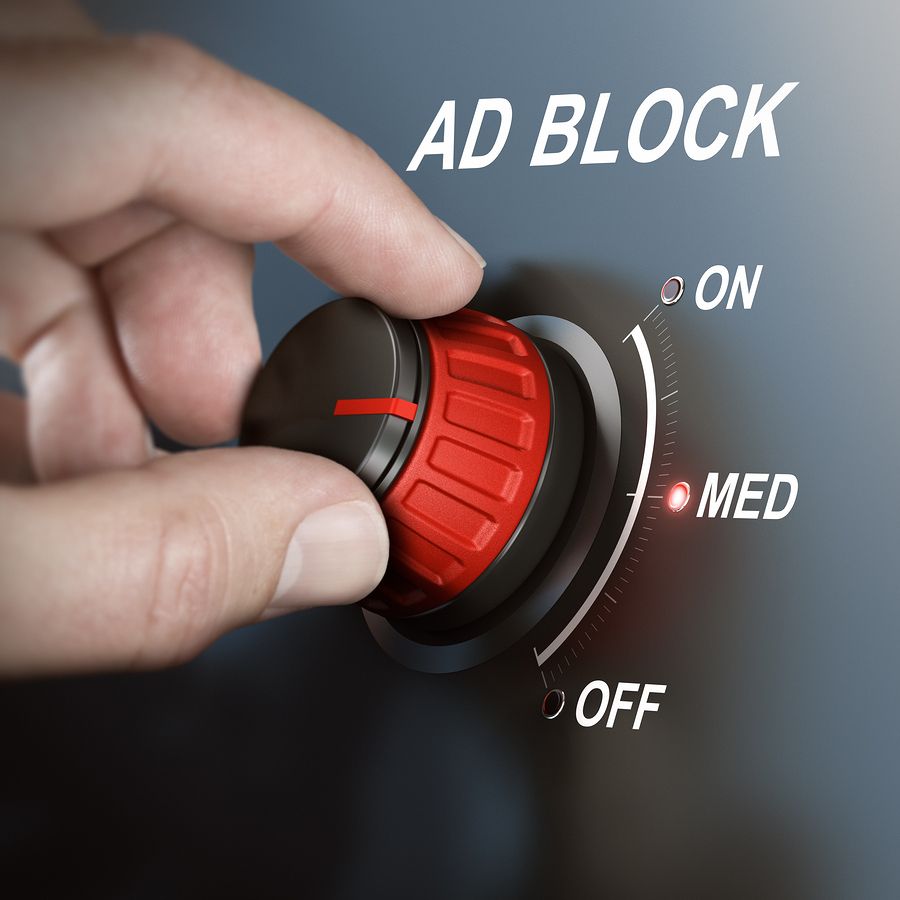 For better or for worse, the upcoming changes to Chrome are certainly going to change things up – in particular, the advertising component of your digital strategy.

Of course, when it comes to digital strategy, it’s not just online ads – it’s crucial that every aspect of your digital presence is working together to get you the leads and results you want.

In addition to advertising, that also includes:

All of this has a tangible effect on how well your site turns visitors into paying customers.