October has well and truly begun, and we’re so close to Christmas.

But in the lead-up to the festive season we are, time after time, interrupted by the spookiest holiday of the year (where Americans spend about $7.4 billion): Halloween! 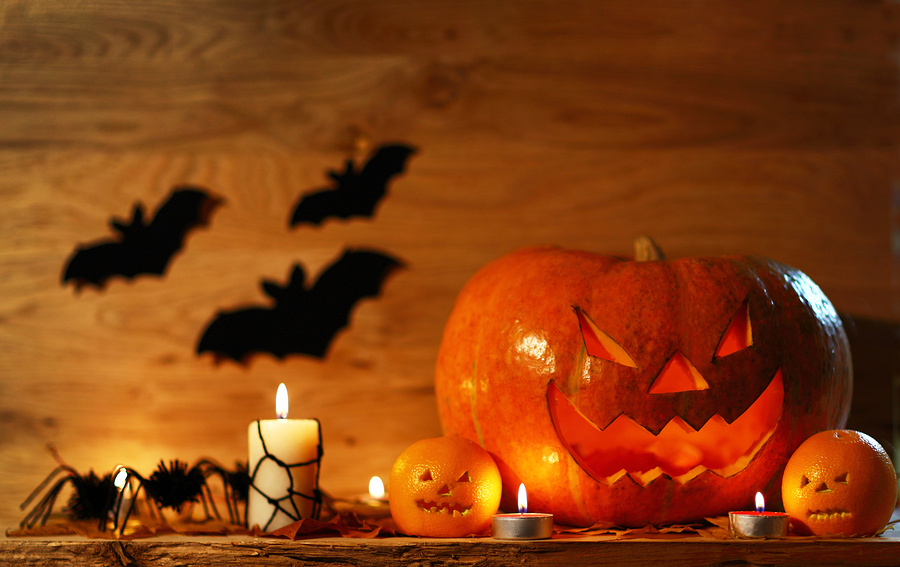 Every year, brands have a field day creating unique, fun, memorable, and meaningful campaigns based around the horror and terror of All Hallows Eve.

To celebrate Halloween, we’ve picked out our seven favourite spooky Halloween marketing campaigns from the past couple of years that captured the attention of the internet with hilarious and fun (and one meaningful) ideas, videos, and promotions.

Some of the best Halloween social media campaigns…

A seemingly normal vending machine, albeit with a haunted theme (and in an eerily deserted shopping centre), tempted passers-by to push a button and collect a free treat.

What they didn’t suspect, though, was for a hand to grab theirs straight out of the vending machine. Hidden cameras captured the frights and two videos resulted in more than 300,000 views on YouTube. Watch it here.

Again we return to 2013 where household cleaning brand Tide released a series of Vines through Twitter. The 6-second videos paid homage to some famous horror scenes – think the shower scene in Psycho (below) and that prom scene in Carrie.

Vine combines two huge trends that have taken over social in the past couple of years: video and short-form content. In just six seconds viewers get a complete story, a promotion for a product, and some laughs.

Halloween candy and oral care are hardly a match made in heaven, considering all the treats kids seek during the holiday, so Crest and Oral B sought out some game kids to try out new Halloween candy that was healthier.

The caveat was that the candy tasted horrible, and that it was going to replace regular candy.

The response was enormous. To summarise:

This piece of content helped give sales a +3% lift in just four weeks!

The campaign won an award for the best use of humour at the 6th Annual Short Awards, an organisation that honours and celebrates the best brands on social media.

What scene is spookier than Danny riding around on his tricycle before stumbling across those creepy twin girls asking him to come play with them?

Ikea Singapore’s homage to Stanley Kubrick’s The Shining starts off eerily and (thankfully) ends well. It also includes a spin on those girls’ famous words, asking young Danny to “come pay with us”.

The advertisement was promoting Ikea’s extended shopping hours and resonated well as we are all familiar with those winding and seemingly never-ending store set-ups!

Arby’s took a direct approach to their Halloween campaign, focusing on driving visitors in-store on the 31st.

Simply stating “Trick or Meat” when you ordered at Arby’s on Halloween in 2014 resulted in bacon being added to your order – whatever it may be. Simple, to the point, and, uh, free bacon! Need we say more?

They promoted this special via Twitter a few days leading up to the day:

And yes, when they said free bacon with anything, they meant it!

Booking.com wanted its visitors to experience a haunted house for themselves, beyond what they might watch in a horror film.

They set up a segment on their website (booking.com/haunted; which, unfortunately, is now invalid and instead redirects to properties in and around Haunted Hill, near Morwell in Victoria) profiling haunted hotels and destinations that people could book and visit.

US guests were invited to “stay if you dare” along with seven famous and historical haunted properties across the country.

Their marketing collateral included an official trailer and movie-style posters promoting these properties. You can see the posters here.

This was one ad campaign that wasn’t designed to elicit laughs and a few scares like the ones we’ve already mentioned. It had more serious undertones…

The poster ad campaign raised lots of media attention back in 2011 when it was launched by a student organisation at Ohio University called STARS (Students Teaching Against Racism in Society).

It was designed to highlight the racial and cultural sensitivities provoked by Halloween costumes that involved someone dressing up as another person with a different ethnicity.

It wasn’t too long, however, before the campaign was taken and manipulated as people turned it into a parody. In fact, by Halloween 2011 it was a fully-fledged meme. You can find compilations of the campaign posters at KnowYourMeme.com.

Halloween may only be one day of the year, but your Halloween marketing can begin far in advance. There are so many ways you can weave Halloween into your business…

You can drum up some social media talk by creating Halloween-themed social media posts, images, and promotions.

You might like to offer a discount for a certain time period during October, or an on-day discount on the 31st.

🎃 If your store has physical locations

You can decorate your store front or interior and share photos on social media. You can also encourage visitors to share their own images, too!

You can offer an incentive or discount to encourage this social sharing. Similarly, you can promote a coupon or voucher to drive in-store visits and sales (just like Arby’s did).

🎃 For other businesses, particularly B2B businesses

You can get into the theme without explicitly offering a discount.

Take this very blog post, for example. It’s made up of two simple elements: timeliness (Halloween is just around the corner) and relevance (digital marketing).

Can you find a link between Halloween and your service?

Ask visitors to share a photo of their costume, party ideas, decorating advice, trick-or-treating safety tips, etc. and reward you favourites with vouchers or discounts (plus a share on social media and a wrap-up blog post, if applicable).

You might have been already thinking about your Christmas theme, but if time and budget permits, whip up a social Halloween banner that can be used across all online collateral for a few weeks of October.

🎃 Use Halloween as a springboard for the holiday season

People are already thinking about Christmas as soon as winter is over. Use this additional holiday to really pump your customers up about promotions, discounts, new products, special orders, and more.

They’ll likely remember you and come back for Christmas.

After all, Christmas Day is just 55 days after Halloween.

And on that frightening note, we will end this blog post. Happy Halloween!

💀 Stay with the Halloween theme and check out this list of content marketing myths that continue to haunt people! 💀

If you liked this post, why not share it? Use the buttons at the top of the page!