The Way of the Future? How Companies Are Using Virtual Reality in Their Digital Marketing

What do The Matrix, TRON and Star Trek have in common?

The answer: all of them feature Virtual Reality in some capacity!

It’s 2018 and the hype behind VR is continuing to boom. But what does this mean for digital marketing, and how can brands and businesses capitalise on the rapidly-growing technology?

In fact, thanks to the proliferation of more affordable VR devices (in particular, the latest generation of VR and AR-compatible smartphones), VR is already seeping into our day-to-day lives. As cliche as it might sound, virtual reality is rapidly going from science fiction to science fact.

It’s not often that a completely new technology comes along and completely disrupts the marketing environment (although with the rate technology’s developing, it’s something we’ll have to get used to!).

So what does this mean for marketers, and how are businesses capitalising on the new technology? A digital marketing agency in Melbourne weighs in!

An introduction to VR

Before we start talking about VR, we need to answer one very important question: just what is VR anyway?

For those of you who haven’t been keeping up with the news, Virtual Reality is essentially an immersive computer simulated environment. Unlike traditional media experiences, VR places users inside an experience.

VR devices typically use two small 3D screens close to one’s eyes inside a headset. Generally, this headset is synced to a 3D environment – think something like Google street view.

Every single turn and head tilt is tracked and replicated in a 360-degree environment, making for total immersion – instead of watching something, you can be there.

Companies of all stripes are making VR devices: from high-end headsets such as the HTC Vive to the latest generation of smartphones. Hardware developers aren’t the only ones getting in on the VR train: companies like Facebook and Youtube are developing platforms and infrastructure for virtual reality experiences.

What about augmented reality?

VR isn’t the only form of reality-bending technology making its way to the market. Augmented Reality (AR), VRs often-ignored younger sibling, is another new technology that companies are using to enhance their digital marketing.

Unlike VR, which focuses on creating entirely new worlds to immerse yourself in, AR is all about enhancing the real world with digital content. Think of it like VR, but with one foot still in the real-world.

For an example of how AR works, look no further than the biggest fad of 2016, Pokemon Go. You might also remember Google’s ill-fated foray into AR with Google Glass. These two are some of the more high-profile Augmented Reality experiments of recent times.

Sarah Hill, CEO of StoryUP summed up the state of VR marketing nicely when she said that we’re “still in the brick-phone stage of VR”.

Yet despite the relative immaturity of the technology, VR has the potential to dramatically shake up your content marketing strategy. With both VR and AR set for massive growth in the coming years, it wouldn’t hurt to start thinking about how you can use the technology!

VR and AR give customers the power to experience and interact with your business in entirely new ways. We don’t need to tell you that interactivity leads to much higher conversion rates for your business – in some cases, up to twice as much!

Platforms such as the upcoming Facebook Spaces and Youtube VR promise easy avenues for virtual reality engagement. Now it’s just up to you to create the content to go up!

If you’re looking for ideas to take on board for your future VR marketing, we’ve put together this list of clever ways companies have integrated VR and AR into their marketing strategies.

For one of the best examples of how VR and AR can improve your digital marketing strategy, look no further than the Swedish purveyor of strangely-named furniture.

Using their IKEA Place app and a magazine, customers can use AR to place pieces of furniture around their houses. This gets rid of the need to travel to a store to see if furniture looks good in your house – all you need is a smartphone or tablet.

Here’s an example of how it works.

Needless to say, this is probably the ultimate in content marketing Melbourne. It’s interactive, but more importantly, it adds value for IKEA’s customers by showing them exactly how furniture is going to look around their home.

And the best part? No assembly required (it was an obvious joke, but we had to say it!)

Another clever way of using VR is by replicating the feeling of using a product or service – your product should speak for itself, and that’s exactly what Volvo is doing.

Similar to the IKEA example (must be a Swedish thing), Volvo Reality allows prospective car-buyers to take a virtual test-drive with a range of models.

Not only is this an interactive way for Volvo’s customers to get an (almost) hands-on experience with Volvo’s cars, but it’s also a clever way of reinforcing Volvo’s positioning. In recent years, Volvo has been moving away from its traditional image of safety to one of adventurousness and fun.

And while the jury’s still out on whether this’ll work, their latest release of the app cleverly reinforces this new identity, features a “weekend escape” scenario, complete with lakeside views and country roads.

Ever wanted to see what the view from the top of the Eiffel Tower looks like? How about the bottom of the Marianas Trench? Would you like to journey to outer space?

Try-before-you-buy experiences aren’t the only way VR and AR can help your marketing – it can also be used to create unique experiences that’ll stick with your customers.

For an example of how unique VR and AR experiences can enhance your content, look at the newspaper industry. Newspapers are in an interesting position content-wise: while content might be important for generating leads for your business, for a newspaper, content is their entire business.

One example of how publications can make their content more engaging is through the usage of VR. The New York Times creatively named NYT VR app enhances their stories and articles by putting readers into the story. So far, they’ve taken readers to alien worlds, warzones and foreign cities.

And best of all? For the New York Times, the experiment has worked. While only time will tell if this can turn their fortunes around, the positive response speaks volumes about public appetite for VR content. 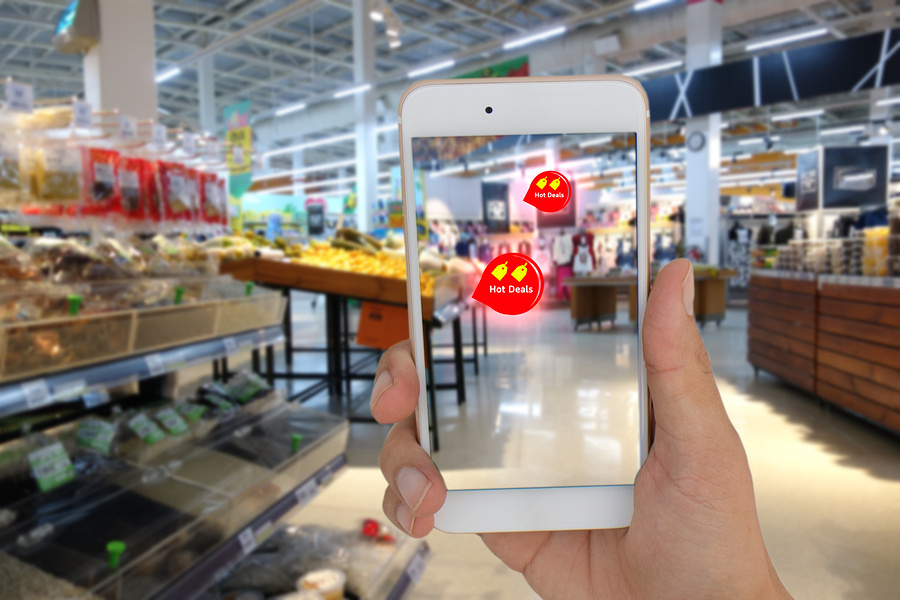 Hype or the future?

We’ve only scratched the surface of VR and AR marketing. Just like how it took years for the current online marketing mix to take shape, we’re also only just seeing how marketers are using VR and AR as part of their marketing strategies.

Who knows what the face of VR marketing will look like in ten years’ time? Unless you’re reading this from the future, in which case, hi! Tell us how close to the mark we were!

What do you think? Are VR and AR fads, or do they have real digital marketing potential? Are they worth investing money into? Share your thoughts with us!