Mobilepocalypse 2.0: What Does Mobile-First Indexing Mean for Your Website?

I know, I know. Another apocalyptic post about Google’s new mobile-first direction? What is this, 2015?

We’ve been hearing quite a bit about mobile-first indexing in recent months, Google’s latest effort to keep up with the increasingly mobile web.

The outcomes for web users are pretty straightforward – browsing the web is set to become a lot more mobile-friendly!

Mobile-first indexing has been on everybody’s lips since Google first started dropping hints back in 2016. As of late March however, mobile-first has become reality. 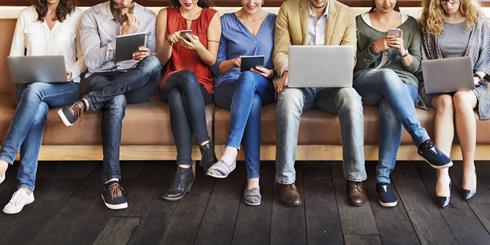 Recap: what is mobile-first indexing?

Think of Mobilegeddon as a prequel of sorts, a sneak peek into the future of Google and the direction that digital strategies are likely to follow in future. Namely, that the mobile web is increasingly becoming just “the web”.

Google’s been playing around and testing the idea since at least 2016, with Mobilegeddon marking the first round of mobile-centric changes.

Why is Google doing this? Simple: ever since 2015, the vast majority of searches are being carried out on mobile devices now, not desktops.

And under the old system, many mobile users would be sent to sites that weren’t optimised for mobile browsing.

From Google’s standpoint, it’s only logical that they gear searches towards mobile-friendly results.

As a result, sites offering a superior mobile experience are likely to be ranked higher that those that don’t. If a well-designed mobile site was important before, it’s positively make-or-break now!

However, Google will only present a desktop-only site if:

And in our experience, option B isn’t terribly likely!

That means if you have a site that’s well optimised for mobile, you’ll rank well on both mobile and desktop searches

If your site is only optimised for desktop however, don’t be surprised to see your rankings drop for both devices.

In short, if you want to continue ranking well on Google going forward, you’ll need a well-optimised mobile site.

Responsive design is an approach to web design where pages are designed to look fantastic on a variety of screen sizes and dynamically adapt to the device being used.

That way, whether a user connects from their laptop, phone or tablet, they’re still seeing a well-designed website.

And when it comes to optimising for mobile, responsive design is the most important ranking factor for mobile (probably – no-one truly knows how Google works!)

If so, you’re not alone. Even a single second delay can reduce conversions by 7%!

Not only is speed a killer for attention spans, but it can also sink your SEO now. Mobile-first indexing puts huge emphasis on loading times – the quicker, the better!

Speed mightn’t have been a factor before, but with the launch of mobile-first indexing, it is now.

Check out how your site (both desktop and mobile versions) perform using this Site Speed tool from Google.

A 2,000 word article might read fine on desktop, but shift to mobile, and all of a sudden, it becomes a lot more intimidating.

Our advice? Keep things short and sweet to make the browsing experience pleasant for your visitors. That means short paragraphs and using images and video instead of text whenever possible.

The second thing you should be doing when designing for mobile is ensuring that buttons and links are easy to click and difficult to miss: use big buttons and clear icons, increase font size, and turn menus into dropdowns.

Does your mobile site have any of these red flags?

Back in the early days of the internet, you couldn’t visit a website without almost tripping over some sort of Flash content, be it a slideshow, banner, video or pop-up ad.

Nowadays however, Flash is on its last legs, with Adobe announcing the end of support in 2020.

There are a number of reasons for its slow decline. iPhones have never supported Flash, meaning you risk leaving a huge chunk of your audience in the dark by sticking with Flash.

More importantly however is the slow loading times that came with Flash.

And with loading speed officially becoming a ranking factor with the mobile-first update, any Flash content on your site needs to go, ASAP!

You have a separate mobile site

If you used a brick phone back in the mid-2000s, you might remember mobile browsers coming with a tick box asking whether you’d like to prioritise mobile websites.

While a great feature for its time, the advent of responsive design means that having a separate mobile site isn’t the best option any more.

In fact, it could even be harming your site rankings by forcing both sites to compete with one another!

You’re browsing a site, tapping along until boom! You’re hit with a pop-up.

Unlike other ads, interstitials usually advertise for the site you’re on – often for a newsletter or other subscription action.

And unlike other ads, you can’t keep browsing until you close the interstitial!

Unless it’s asking for cookie permissions, age verification or presenting your privacy policy, Google’s not too fond of them. Sites with intrusive interstitials “may not rank as highly” – their words, not ours!

If your site is still desktop-only, you need to get that fixed, ASAP!

By Google’s own admission, it’s likely to take a couple years before your site is being ranked solely on its mobile site.

That said, mobile-first indexing is here now, and it’s only going to grow.

Mobilegeddon may have left you unscathed as it passed, but mobile-first indexing is something you can’t afford to ignore.

If you haven’t prepared for it by building a better mobile site, it’s not too late! At iformat, we pride ourselves on developing search engine optimisation strategies that work. Combine that with a team that builds responsive, mobile-friendly sites that look great on both desktop and mobile, and we’ll help turn your website into your best sales tool.